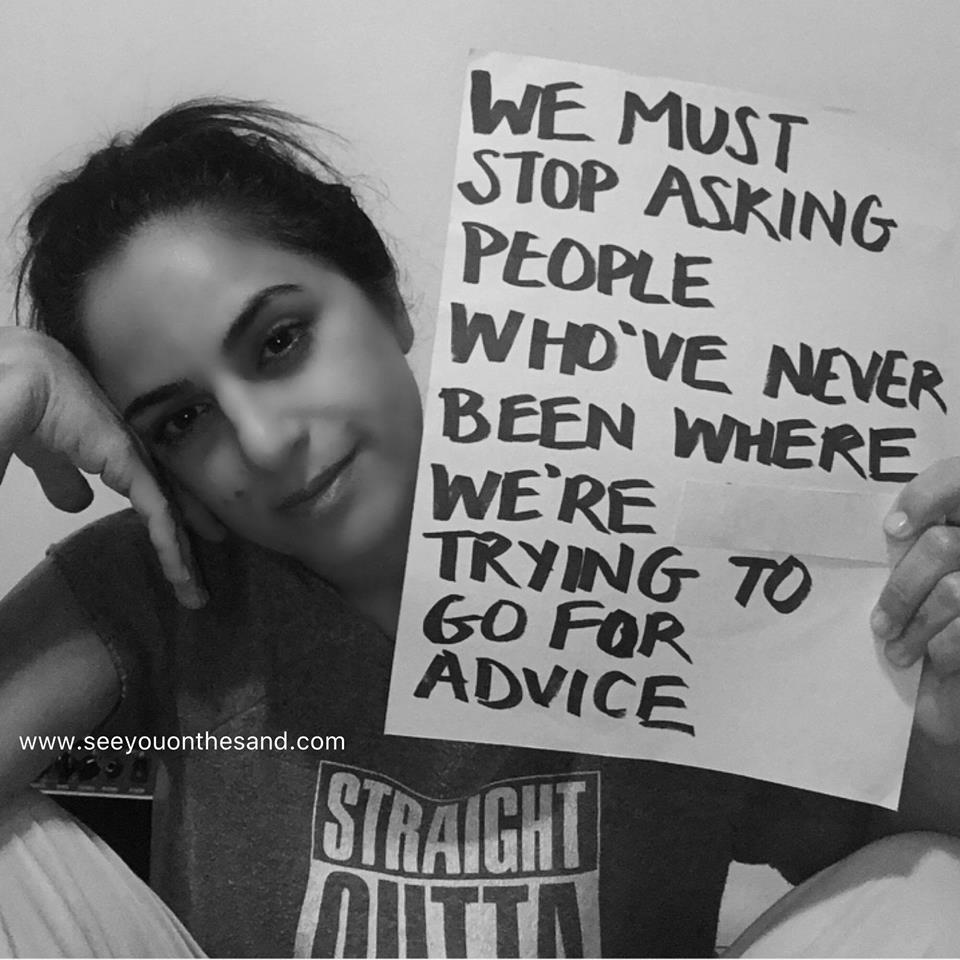 No one knows the real you but you and sometimes, I guess it’s true that we don’t know ourselves. It can be because we’ve lost ourselves, or maybe because we never knew ourselves to begin with.

I grew up as a co-dependent people pleaser, with a lot of self-doubt and a lot of shame. I didn’t have a sense of self at all. I was like a leaf that the wind blows away, and I needed to be more of a tree with deep roots, grounded and rooted in love.

Growing up, I received a lot of conflicting and negative messages from my family, such as you are loved but you are flawed. I was hungry for the approval of others.

I learned not to trust my ability to make a good decision because the people in my life did not validate my view of reality.

It took me a long time to see that I could have a different opinion than other people and still be loved and accepted.

When I did make a decision, I got the impression that people are in your life to change your mind, and guilt and shame were good tactics to achieve that.

This has made it extremely difficult for me to make and stick to decisions.

If you think you aren’t qualified to make a good choice then you’re going to be afraid to make any choice.

I have often run around asking multiple people, “What should I do? What should I do?” I invited them to give me input. But then I was angry with them for “telling me what to do.”

Advice is what we ask for when we already know the answer but wish we didn’t.

What I was really telling myself is that my opinion didn’t matter. I valued other people’s opinions far above my own. I disowned myself. Somewhere in my mind I thought that they must have known better. After all, what in the world could I know?

But there is no shame in speaking from a place of truth.

You do know something and that is not a bad thing. In fact, you probably know more than you think you know. But thinking you don’t know anything keeps you from taking the good advice you would give yourself. And it keeps you dependent on other people.

It takes a lot of courage to stand up and take personal responsibility for your life and actually “own” your decisions.

I have let others play the scapegoat by allowing them to be my decision makers. For example, because of my lack of assertiveness in past relationships, I handed over my brain and responsibilities to my partner.

I think it was because of fear but also laziness on my part. But no one can really be happy this way. You won’t be happy, and the other people won’t be either when they hear you blame them for your choices.

Ask for advice if you feel you need it, but take it with a grain of salt. In the end, you are the one who needs to live with your decision. The gurus won’t be the one with the consequences of your choice.

Don’t be so afraid of making mistakes. Fear of the choice being “bad” keeps you stuck. Accept that you are human. As far as I know, all humans make mistakes. The only ones that won’t give you grace are the ones that have no grace for themselves. So lighten up a bit.

We all know some truths that we need to stop denying and start accepting. That unsettled feeling in our gut is there for a reason.

It’s time to stop sweeping things under the rug and start having the courage to speak up. We need to tell ourselves that we are relevant and that our opinions matter, and that by standing our ground we can be a positive force for change, because we have something to say that someone out there may need to hear.

Later in life, I had finally come to the conclusion that I need to trust my best judgment, stick to my decision, follow through, and let the cards fall where they may.

I think the important thing to realize is that life has a way of working out. Even if we make the worst possible choice, we still have the freedom to make adjustments.

So let yourself try what feels right for you, and don’t worry about making the “wrong” decision. One of the best things I have learned is that the world is a place to explore, and it will embrace you if you embrace it!